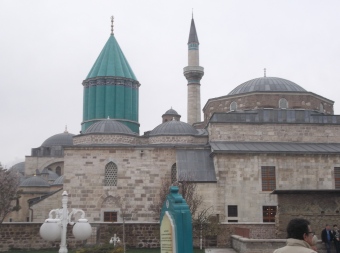 A & I decided to visit Turkey for our honeymoon. Exploring Turkey turned out to be  a journey back in time, with well preserved ruins from many different civilizations. The country has set itself up very well for tourism, specially along the coast and the more visited places inland. We had timed things so we would be able to spend the spring break there, combined with two weekends we had around 12 days, starting the 20th of March. As we found out this was a couple of weeks before the tourist season starts in Turkey.  We rented a car from Istanbul’s Ataturk airport, the plan was to go south to the Mediterranean coast, on to central Anatolia and loop back to Istanbul. Immigration was a breeze and the car pick up went smoothly, except for the GPS which we had rented. It didn’t work and we had to go back to the rental kiosk to get a new one. We had landed around 9 am and were on the road around 12 pm.

Leaving the airport we headed towards the old city, Sultan Ahmet Mahallesi to be precise. This is the place to stay, at least on a first visit to Istanbul, as Ayasofya, the Blue Mosque, Topkapi Palace and the Grand Bazar are all located in this neighborhood. The 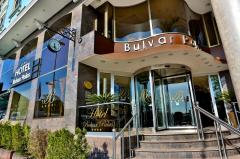 GPS got us to the area in less than an hour, but from there on it became a nightmare. We had a reservation at the Hotel Bulvar Palas the GPS kept making us go in a loop, after about an hour of this, we turned off the GPS and navigated the old fashioned way, stopping and asking for directions. 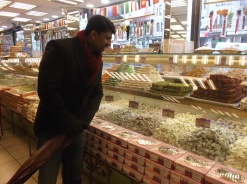 It took another 45 min before we finally found our way to the hotel. The check in was very smooth and the staff very accommodating. After a much needed rest  we headed out for a little walk around the neighborhood. It was already dark outside, there was a lot of hustle bustle on the streets. We were also good and hungry by this time, so we stopped by what seemed to be a somewhat fancy place, Byzantion Bistro, the food was pretty mediocre and the prices steep, not recommended at all, the only saving grace was that the place had a nice ambiance and the local wines were decent. We came back to the hotel and crashed as it had been a long day.

The next morning we were treated to a scrumptious Turkish Breakfast at the hotel,

complete with a juice bar. I really think that the Turks do breakfast better than any other people. The days plan was to go see the Grand Bazaar, Blue Mosque and Ayasofya and if time permitted, the Topkapi Palace.  We walked from our hotel towards  the Sultanahmet neighborhood, which is around 2 miles away. Our first stop was the Beyazit Camii (pronounced Jami),  besides the mosque the tomb of Beyazit II is also located here, Istanbul University is located adjacent to the Mosque. It was  on 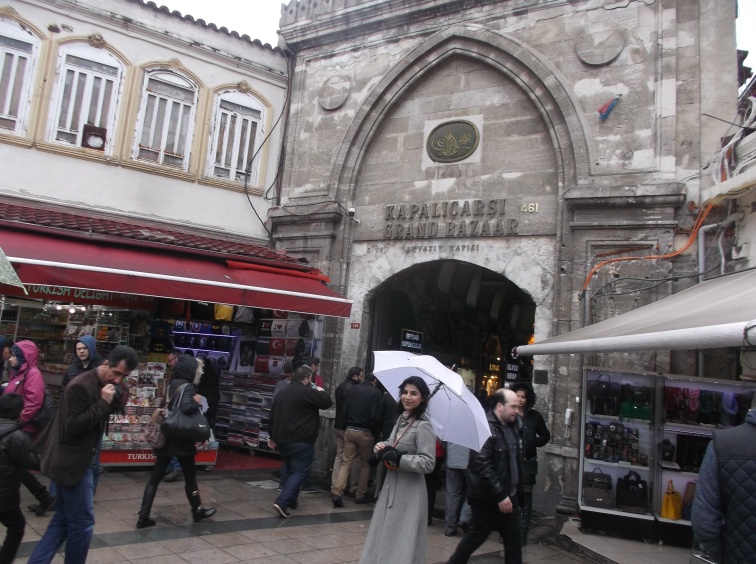 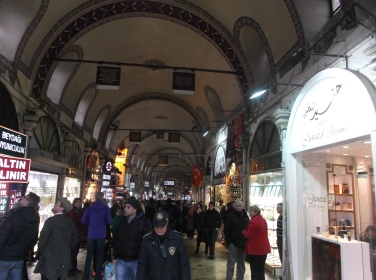 to the Grand Bazaar,  the Istanbul landmark is one of the oldest covered markets in the world. It is east to get lost in the many streets in the bazaar, and we had to double back a

few times to make keep our bearings. Since the tourist season had yet to start, there were fewer people ion the bazaar than we had expected, we bought a few souvenirs, after due bargaining of course. Since I was a little hungry by now, we stopped by a Doner Kebab joint, may I say it was delicious. Another pleasant walk got us the the Sultanahmet square.  We decided to visit the Blue Mosque first, prayers are still said regularly at the mosque, so there are separate entrances, one for those who want to go in to pray and one for other tourists. The design was by a student of Sinan, the architecture is classical Ottoman with several domes and minarets.

The next stop was Ayasofia, which was once a Church of the Eastern Orthodox Church during the Byzantine period, then a Mosque during the Ottoman era and is now a museum. What is very interesting is that there are well preserved frescoes from the Christian era alongside calligraphic art from the Muslim era. Turns out that most of the Christian mosaics were painted over during the Ottoman period, and were restored in the post Ottoman times. 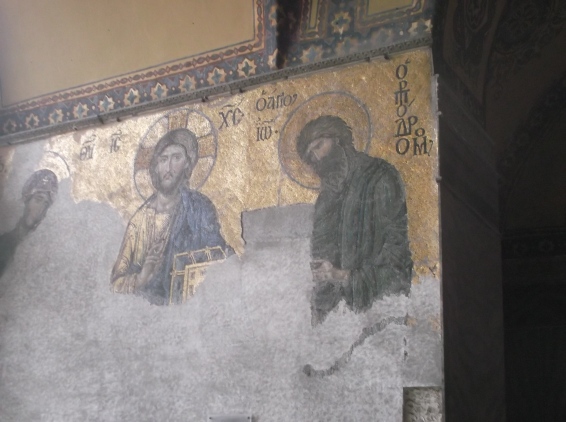 You can get an audio guide to the museum at the ticket kiosk, I would definitely recommend this. If you are a history buff then I would recommend a proper guide. Like many old historic buildings one can spend hours just taking in the majesty of the place. It took us around an hour and a half but we could have spent much longer if we weren’t on a schedule. By this time we were good and hungry and wanted to grab some lunch. There are lots of restaurants in the area, most of them are pretty decent. We walked to the restaurant area which is across the road from the Sultanahmet Square, looked for a good place to eat, since it was before the tourist come rolling in each restaurant had a person outside trying to rope us in to try their fare. We finally settled on a place sort of away 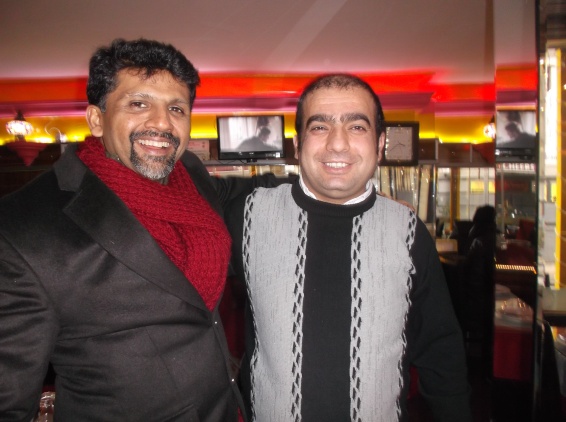 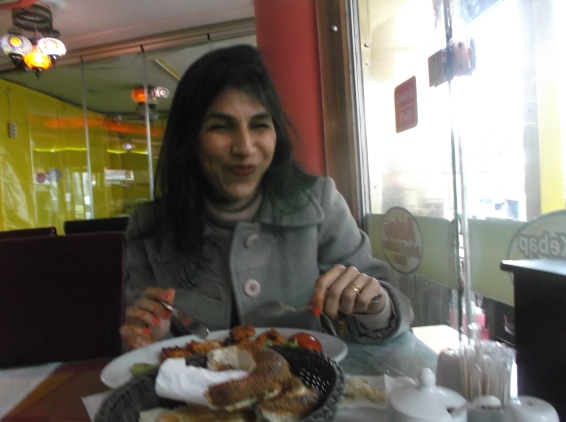 from the main drag, got some kebabs (of course), and kunefe, I think the Turkish version of the dessert trumps the Middle Eastern one. Our waiter was a very nice and friendly sort, who it turns out was a Kurd form the South. We talked a little about how good it was that there was peace and as a result prosperity in the Kurdish areas, alas three years later it seems that that dream has been dealt a blow. One hopes the issues in Turkey and Syria will be resolved soon. It was time to head back to the hotel. We had dinner at this nice canteen style restaurant Balkan Lokantasi, the food was in  a word awesome, definitely worth a try. The hotel comes complete with a Turkish bath and a sauna, it was time to relax and after an hour of It was time to call it a night.

We were headed to Bursa the next morning…..(coming up soon)