“The next cruise is at 1:00 please return then”, I was told this by the nice gentleman running the short cruise on Ljubljana river; come 1:30  I was back, but unfortunately was the only person in line, this I would imagine was the case as it was winter time. Guess what, they still ran the boat, and I  got an entire cruise with a guide to myself. The guide was an engineering student at the local university and we hung out later and chatted over a couple of cold ones. Such is the friendly country of Slovenia, although I was here for only a couple of days, I really enjoyed my short trip and will be coming back for sure.

From Trieste to Ljubljana:

After a research visit to the International Center for Theoretical Physics (ICTP) in Trieste Italy, the plan was to go back home through Vienna visiting Slovenia on the way. The bus ride from Trieste to Ljubljana is not to

long, approx. two hours, and takes one through the Alps crossing small towns and villages on the way. I had hiked to the border quite  few times during my stays at the ICTP and found the villages with their old wineries and trattorias a lot of fun to visit. Unfortunately time constraints forced me to take the night bus this time around. The bus station is in downtown Trieste and is quite easy to navigate, the

conductor was a bit concerned with my Pakistani passport but having warned me that I may be questioned by police during a snap check let me board the bus. The bus ride was uneventful and I arrived at the Ljubljana station a couple of hours later (and with no police check on the way!!). I checked into the City Hotel, the accommodation was  nice enough, the breakfast was wonderful and the

hotel is close to the city center, definitely recommended.  I arrived rather late in the evening, so after checking in the first order of business was to find something to eat. As it was the dead of winter and quite late only a few restaurants were serving, ended up at Gostilna AS, the food was wonderful and the service very good, I highly recommend it. On the way back I got lost and after wandering around a while, as I was staring at a city map under the street light a student who was with her friends asked me if I was lost, she not only explained the way back but also walked with me till it was a straight road back to the hotel, my introduction to the country was a very nice one!

The next morning I had a good hearty breakfast at the hotel, took a walk around town and headed to the dock for a boat ride along the Ljubljana river. I was 30 min late and the next ride was in an hour, after spending time checking out the scene around the banks, I came back in time for the cruise, turned out I was the only one who wanted an English language guide, instead of canceling I got a personalized tour all by myself! Treated the guide to a beer and had a good time talking to him, he was a mechanical engineering student, working part time as a tour guide. Later I just got lost in the city  as this is perhaps the best way to explore a new city, ran into this guy at a print shop 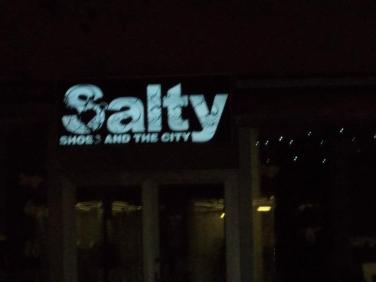 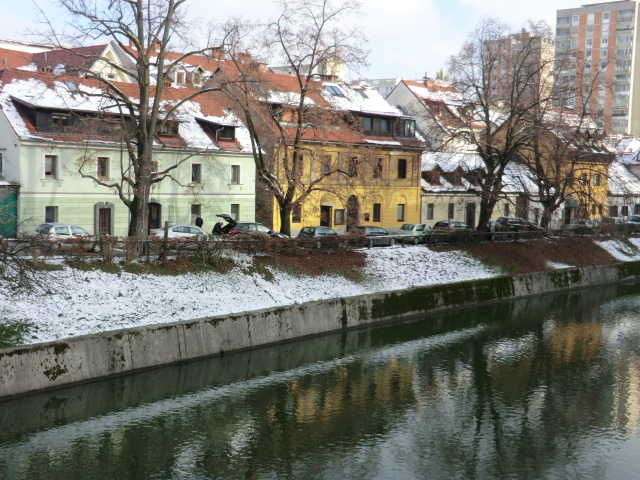 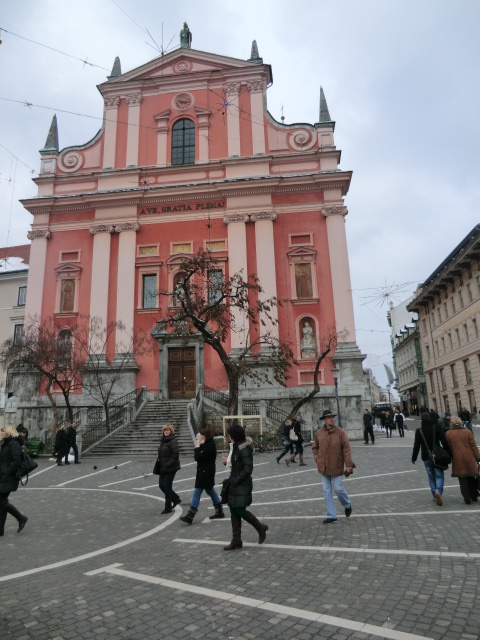 who was aspiring artist, he showed me drawings that gave a 3D effect, he had done. He closed shop and he gave me a short city tour before parting ways. In the evening I took a short walk, there were kiosks selling mulled wine, had some of the good stuff and chatted with a few locals before calling it a night.

The next stop en route , to Vienna was the the second largest city of Slovenia, Maribor, situated by the river Drava. I took an afternoon  train from Ljubljana, trains seem to run rather precisely here, and I heard grumblings at a 3 minute delay. I checked into the Hotel Tabor a nice place with a good breakfast selection, definitely recommended. 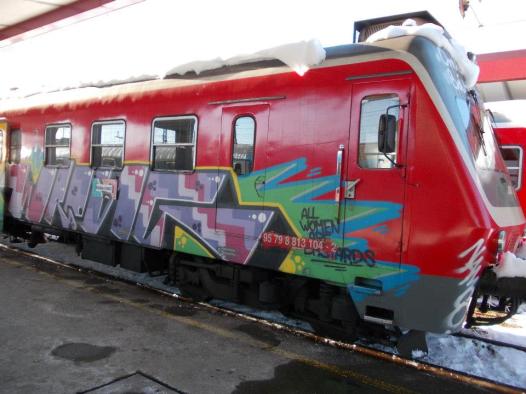 The next morning I went about exploring the city, a blanket of snow covered the city, unfortunately I dropped my camera and it fell lens first in the snow. Had to go to a mall Europark o get a new one. Headed over to the check out the ‘oldest producing grapevine‘ and sample some of the wares. Had a quick lunch at a near by cafe and headed to the old water tower  a fortified tower built in the 16th century.  By this time it was getting dark, had a quick bite at a restaurant and called it a day.

Next morning I boarded a train for Vienna, turns out the train loses bogies at different stops…..nearly got stranded on one..but that’s a story for another day